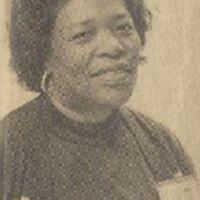 In 1981, Dorothy Crutcher Shelton became the first African American woman on the Morganfield (KY) City Council, having received the second highest number of votes in the May primary. She served on the council for 24 years.

Crutcher Boulevard in Morganfield was named in honor of Dorothy and her husband Norvel Crutcher, who had been the principal at Dunbar School.

Dorothy C. Shelton was born in Union County, KY, the daughter of Ray and Malinda Rice. She is buried in the Saint Ann Cemetery in Morganfield.

Read about Morganfield, Kentucky in Wikipedia.