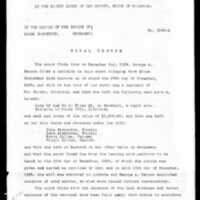 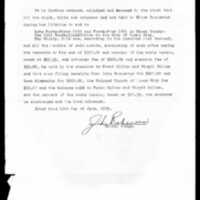 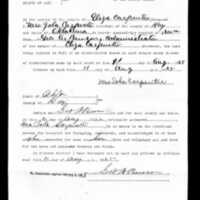 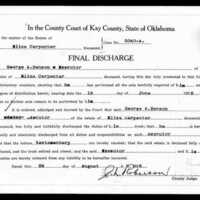 Although known to many as Aunt Eliza, the only Colored race horse owner in Oklahoma, her full name was Eliza Carpenter. She had been born enslaved in Virginia and sold to a Kentucky slaver at age 6, then sold again at age 8 to a Missouri planter.

Carpenter gained her freedom at the end of the Civil War and returned to Madisonville, KY and Trenton, KY, where she learned the business of buying, training, and riding race horses. She then moved to Kansas where she purchased several horses, and later moved to Ponca City, OK, where she shared her home with a boarder, Athather Johnson, according to the 1900 U.S. Federal Census.

Eliza Carpenter's occupation is given as a trader of livestock in the census records. She had come to Ponca City when the Cherokee Strip was opened for settlement in 1893 with a $1,000 prize going to the first person to reach the Ponca City site. There was a heated race to the site, and Carpenter was one of the competitors. Some sources say that she was the first to stake a claim, while other sources say that she did not win the race. Either way, Carpenter settled in Ponca City and trained her horses there; she was one of the few African American stable owners in the West. When dissatisfied with the way a race was going, she rode her own horses.

As a jockey, Eliza Carpenter had won a few races. Her regular jockey was Olla "Lucky" Johnson. Some of her horses's names were Irish Maid, Blue Bird, and Little Brown Jug. Carpenter stood up for herself, demanding her money when she won a horse-racing bet and the person she was betting with refused to pay-up.

Carpenter visited family in Kentucky on several occasions. On her final visit she was thrown from a buggy when her horse became spooked, suffered a fractured skull, and never fully recovered. She died in Oklahoma.

George A. Benson was named the executor of the Eliza Carpenter Estate. The estate contained land property: lots 43 and 44 in block 21 in Brodboll, which was a subdivision of Ponca City, OK. She also left $1,000 in cash. Her named heirs were cousins Lola Carpenter and Lena Alexander and her nephews Frank and Virgil Gilliam of Madisonville, KY. Source: Final Decree: In the matter of the estate of Eliza Carpenter, deceased. In the County Court of Kay County, state of Oklahoma. Document No.5040-A. [See document copies attached to this entry.]