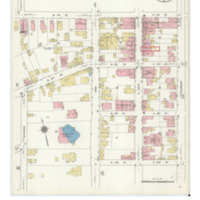 There are listings of the Colored Lodges in Paris, KY, in The Inter-State Directory Company's Directory of Paris and Bourbon County Gazetteer For the Year 1908 and W. H. Hoffman's City Directory of Paris, Kentucky, 1917. Below is a combined list of the lodges from both volumes.

Colored Lodges that met at the Grand Army of the Republic Hall:

Colored Lodges that met at the United Brothers of Friendship Hall at 308 W. Eighth Street:

*See the location of the Negro lodge on the (1912) Sanborn Fire Insurance Map from Paris, Bourbon County, Kentucky.