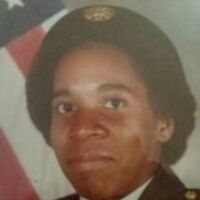 Lillian N. White-Washington said that she joined the Army for more discipline and leadership in her life overall. She was among the first group of women who entered the Army after it had become an integrated unit of females and males. The Women's Army Corps (WAC) had been disbanded October 29, 1978.

Lillian joined the Army in May of 1979, after having attended Eastern Kentucky University on a track scholarship. She also played basketball at the school. Lillian had previously attended the University of Kentucky where she was the first African American woman basketball player.

She went from college directly into the military. Lillian did her basic training at Fort Jackson in South Carolina. Her MOS training in transportation was in Fort Dix in New Jersey, and her duty station was in Fort Ord in California. *(MOS=military occupational specialties)

See the Lillian Nareen White main entry for more information about her life and career.

Read about Georgetown, Kentucky in Wikipedia.

The attached image is used with permission from the owner, Lillian Nareen White-Washington.