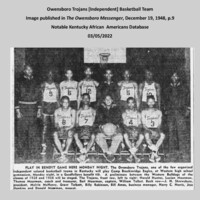 Read about Owensboro, Kentucky in Wikipedia.