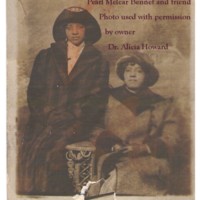 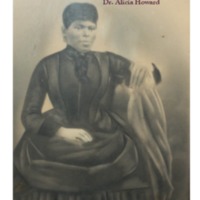 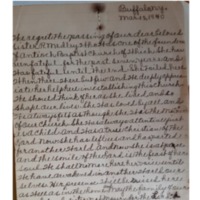 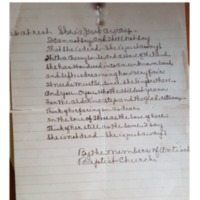 The early 1900s saw thousands of African-Americans migrating from the rural Southern United States to urban U.S. cities in the northeast, midwest, and west in search of a better quality of life and employment. This movement would be known as the Great Migration.

Rosa Belle Hayden, born during the U.S. Civil War on December 19 in Lawrenceburg, Anderson County, KY, was also in search of opportunities. Rosie, as she was fondly called, relocated from her Lawrenceburg home in the 1920s and moved to Buffalo, NY with her husband Thomas Medley, daughter Pearl Bennet, and Pearl's son George Dodd. Rosie left behind an adult son, Eddie Pleasant, his wife, and a host of grandchildren.

Once in Buffalo, she and her family took up residence in a two-story home at 240 Purdy Street. Rosie was also successful in securing employment with a wealthy Jewish family, and her daughter Pearl, along with her husband Frank Bennet, created successful careers in music. In addition, Rosie also helped co-found the Antioch Baptist Church in Buffalo.

As the Anderson County School District was segregated during the 1920s and not desegregated until 1963, there was no high school in Lawrenceburg for African-Americans at that time. The only options offered were to attend high school in another city or to terminate education at grade 8. When Eddie Pleasant’s children were of high school age, he chose to send them to high school in Buffalo and live with his mother, Rosie.

GranRosie’s grandchildren, George, Emma Rose, Lucille, and Lavegia, were afforded this opportunity to live and study in Buffalo because of Rosie’s determination to create a better life for herself and her family. As her grandchildren matured and recounted their stories of living with their grandmother in Buffalo, they expressed that they felt fortunate to have had an integrated education and interesting social interactions. Their unique educational experiences created the platform for them to further explore opportunities at Kentucky State University, the University of Kentucky, and the world.

2. She was the daughter of Mariah and Thomas Hayden. They were probably enslaved prior to the end of the U.S. Civil War.

3. Her husband Thomas Medley was born in Lawrenceburg, KY, the son of Dudley and Nannie Bird Medley. He was a shoe shiner. He and Rosa Belle Hayden were married in 1900.

4. Rosa Belle Hayden Medley was employed as a maid in Buffalo, NY.

5. Her son Ed Pleasant was employed at the Louisville Southern Railway. Family members took the train when visiting Buffalo, NY.

3. For more on the history of the Antioch Baptist Church, see pp. 36-39 in Open Doors: Western New York African American Houses of Worship, by S. R. Amos and S. A. Savannah.

4. Very few African Americans had migrated from Kentucky to Buffalo, NY by the early 1900s. According to the U.S. Census, the number of African American migrants from Kentucky living in Buffalo, NY was 294 in 1930. [Source: 1930 Census: Volume 2. Population, General Report, Statistics by Subjects. Chapter 4: State of Birth of the Native Population. Table 38. p. 217. Published by the U.S. Census Bureau].

Read about Lawrenceburg, Kentucky in Wikipedia.